Best ever year for Awards. Do they matter?

Do awards even matter?

Rex Bakery has won many, many awards since 2014 including 27 medals at the annual World Bread Awards, Best Bread in Britain (Multiseed), Best Bakery in the Chilterns judged by the Chiltern Society, 2 stars in the Great Taste awards for Pan Galego.   We received the best level of recognition ever in the World Bread Awards 2019, and this has made us reflect on the value of bakery awards generally.

An artisan bakery has just been awarded the Best Brilliant Business Independent in the progressive Hammersmith & Fulham Council’s neighbourhood contest, and it only opened its doors in July.  On a grey & rainy November afternoon, their shop was buzzing with customers including the local MP taking a coffee break from electioneering.  However, like most small businesses, it will undoubtedly be a very long time before it is generating the cash flow that the business plan & site investments projected, so are the well displayed Award rosettes really bringing in enough new custom to make the difference?

Entering any competition requires tremendous preparation & planning; time & care to execute the application; complete diversion of attention on the day itself; luck that everything goes perfectly in the final production; budget to invest in entrance fees &  product & any transporting to the judging (and award-giving!) process.  Rex Bakery has to sell a lot of baguettes to fund a competition entry.

Yet here at Rex Bakery we feel very strongly that taking part in some Awards are a Must-Do every calendar year.  Not all awards are equal.  For instance, we don’t much value popularity contests without a judging element (although we were chuffed to win Best Bakery in Buckinghamshire twice thanks purely to lots of kind votes..) 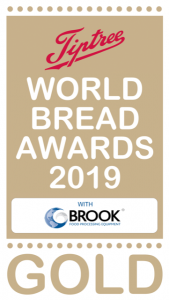 The World Bread Awards is the premier awards for Artisan Bakers in Britain.   It’s very focused on bread, as opposed to general baking, so there’s no viennoiserie.  There are both Savoury and Sweet “open” categories, and a Tiptree showstopper as a nod to the Sponsors – but of the 15 categories that Rex Bakery could enter, 80% are for bread.    Every September we submit to several categories and must deliver our entries to Westminster Cathedral where tens of expert judges are waiting to assess hundreds of loaves submitted from across Britain and beyond. The judges are all food professionals, mainly senior bakery professionals, who are looking the entries in a very technical way.  In 2019 the judges included the legendary Apollonia Poilâne  whose family has run the Maison Poilâne in France since the 1930s and who specialises in a slowly-made 2kg Pain Poilâne sourdough boule.  Of course it was essential that Rex Bakery, sourdough specialists ourselves, always enter this judged category although competition is particularly fierce in this.  Rex Sourdough was one of only 4 loaves to get a gold from Poilâne’s judgement. 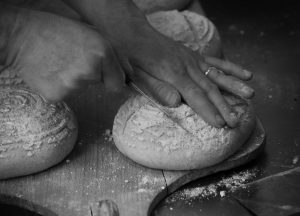 Every loaf in Rex Bakery is #RealBread.  Real Bread is defined to have been made without the use of so-called processing aids or any other additives.  The only ingredients required are additive-free flour, water, leaven, salt.  This is important, because many competitors will have entered loaves with chemical nasties in the flour which speed up & cheat the bread-making process.  Rex Bakery wants to be amongst the best bakeries in Britain,  making the healthiest-possible bread, so would never countenance using non-organic flour with industrial “improvers”.  The only extra additives that Real Bread needs are Time and Skill.    This means we are especially proud of Chiltern Society judging us the Best Real Bread Bakery in the Chilterns, as that is based on tasting the produce  and our approach of long fermentation for health and taste.

Our recipe-for-quality has worked because we have been 3x Category Winners in the World Bread Awards including for Ciabatta and Malt Loaf and won 27 medals overall – this achievement confirms that we are in the top tier of bakeries in the entire country.   In 2019, we received the most accolades of any year since Rex Bakery was started 6 years ago: 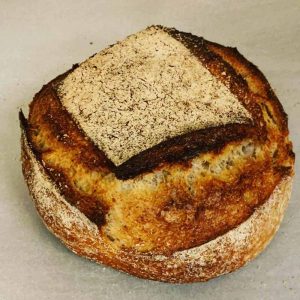 Quite simply, the Rex Baker was blown away to get three of the very few Gold medals handed out for his main three sourdoughs which again are just organic flour, salt, water & his sourdough starter.  The competition is huge in Sourdoughs now, the wholemeal sourdough was one of only 4 gold medals in the Real Bread Campaign category and he has now won golds for pretty much every bread made in Rex Bakery from Baguette, Ciabatta, Malt Loaf, Tinned breads, sweet buns all the way through to a whole host of sourdoughs .

So are Awards worth entering?  Expert-judged artisan bread contests certainly are to the Rex Bakery, who was new to the food industry (previously working in an office in the City)  and to whom it was important to put his head above the parapet and be judged versus the best in the land.   What about you – what do you think when you learn about our Awards?  Does it make any difference to you?  Please let us know in the comments…